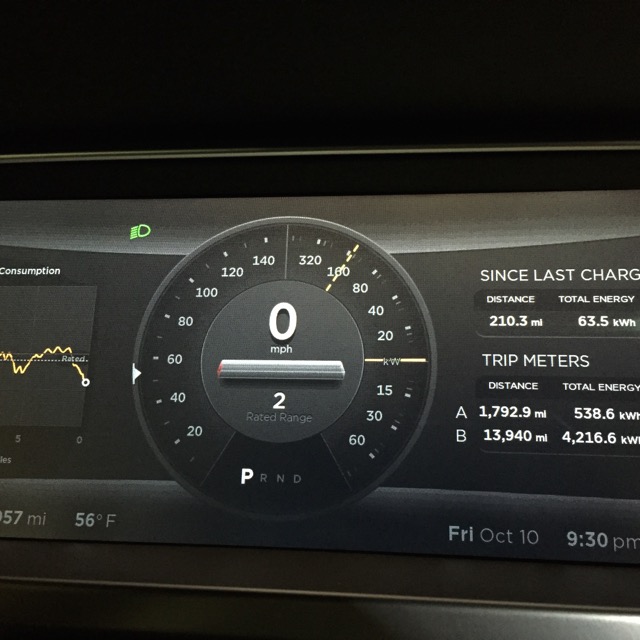 I recently wrote about a successful return trip from NJ after planning ahead for better destination charging. That planning made the stay and return trip stress-free. What I didn’t mention was the high stress trip down to NJ due to some poor planning.

Road trips for us are almost always after a full day of work and school. A normal day includes 100 miles of driving around, so when I plan for the trip I have to factor in this extra 100 miles into my range planning. Right now there are no Superchargers anywhere near my home or work so that leaves just a few options.

On my first road trip I range charged at the Tesla store near my office to gain about 85 miles of extra range and that let me start my trip from home with 225 miles of rated range. On this trip when I went to charge at the same location all the spots were full. My “plan B” was to leave work early and charge for an hour or more at home to gain the extra needed buffer. Unfortunately my work didn’t cooperate and I left later than I liked. It was also a holiday so traffic was terrible.

I got home late with about 140 miles of range left — far less than what I started with on the prior trip and we were in a rush.

EVTripPlanner said I need 122 rated miles to get to the first Supercharger in CT which only left me with 18 miles of rated range as a margin.

While I had another “Plan C” option of routing through the Greenwich, RI Supercharger it would take me into some traffic-heavy areas and add additional time to the trip.

From my first successful trip and watching others cut things close, I decided that 18 miles was plenty of buffer and we went for it.

I was over-confident from my prior trip. 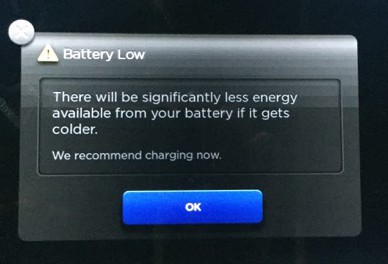 Like the previous trip, we went to a favorite sushi place, Hanami, in Clinton, CT. When we stopped we had 44 miles of range left and 29 miles to go to the Supercharger. As we parked, the Model S was already getting cranky about the low state of charge and the outside temperature. I wasn’t too concerned about this notice as we were just stopping for dinner and the outside temperature was above freezing and I didn’t figure it would cool off too quickly to make much of a difference.

During dinner I stressed over the close margin and looked for alternatives. There was a Level 2 charger nearby (but not walking distance) that could add a whopping 17 miles per hour if we stopped. It was close, but we’d have to add a significant wait in the middle of nowhere to make a dent in our range issue.

After dinner we got back in the car and decided to head directly to the Darien South Supercharger, but we had lost a few miles of range during the stop.

As we drove the next 30 miles we watched the range count down while the navigation system reported on how many miles we still had to go. In the beginning we had a handful of miles between the two, but as time went on and we went up and down a bunch of hills that gap closed. Towards the end the two were equal most of the time and we were stressed.

In the back of my mind I knew the Model S has a 10-20 mile buffer but I really didn’t want to count on it. As the miles counted down I slowed down to stretch the range a bit more — this is something I should have done sooner as its the combination of improved range from the slower sleep along with time that makes a difference.

Slow down early if you’re tight on range.

As the range left went into the single digits the dash showed me that my energy usage would be limited which was just one more blow to my confidence. 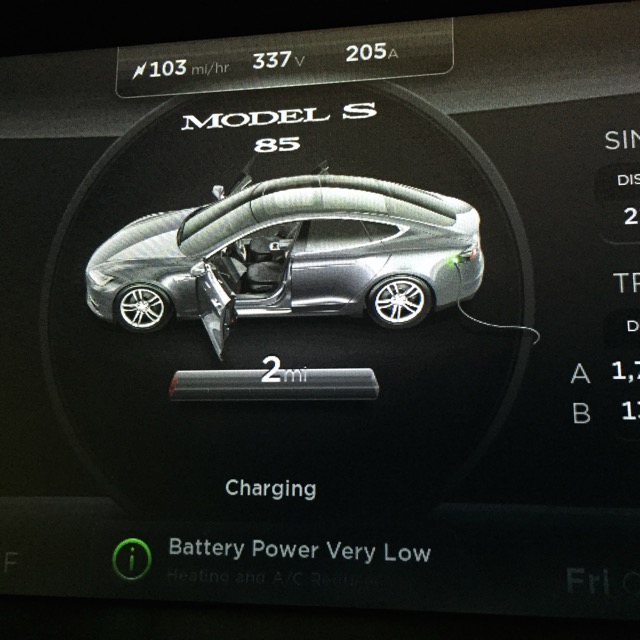 We made it with 2 miles of range to spare with great sighs of relief.

While we only needed about 130 miles (including a decent buffer) to get to our final destination, my daughter literally refused to get back into the car until it had 200 miles of range left on it. Evidently the range scare left a few scars.

The range scare left some scars.

The rest of the trip down and the return trip was uneventful but I think we’ll all remember running low on charge for a very long time. Unlike ICE cars, there’s no quick fill for a Model S except for Superchargers. While there are alternative charging stations everywhere, they’re so slow as to be almost useless in practical road trip terms.

In the future i’ll make sure there’s no chance of cutting things this close. In this case I should have stopped at that Greenwich, RI supercharger or even slept at home and left early the next day.

Fortunately for me there will soon another option when they open the Auburn, MA Supercharger and I can stop there on the way (sort of) home after work before a road trip. With new Superchargers popping up all the time hopefully we’ll have less and less opportunity to make poor decisions, but even Elon can’t protect us from our own mistakes.